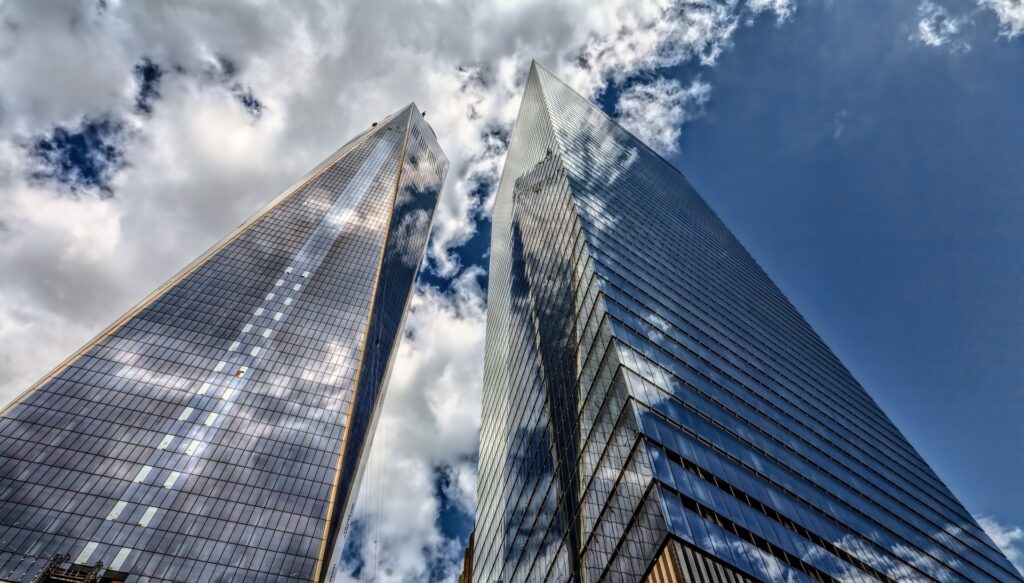 1. Design of the Skyscraper

The design of the actual skyscraper is one of the things that will impact whether the foundation is very deep or a bit shallower. Of course, all skyscrapers have pretty deep foundations; most regular homes only have about a four to six-inch-deep concrete mat, whereas the Wilshire Grand Center, which is only half the height of the tallest skyscraper in the world, has an eighteen-foot-thick concrete mat. However, the taller and thinner a skyscraper is, the more likely it will need a very deep foundation, whereas the shorter or thicker a skyscraper is, the more likely it will use a shallower foundation.

2. Composition of the Soil

The soil underneath a skyscraper will have a massive impact on how the designer needs to design the foundation. The soil itself is certainly part of the formula – sandy soil, for example, is prone to shifting, which means that the designer needs to make sure there are more structural features to keep the soil from shifting underneath the structure. Additionally, the depth to bedrock is something a skyscraper foundation designer will have to consider. Most of the time, they’ll drill structural supports into the bedrock directly, so if bedrock is further down, those supports will have to stretch even further into the soil.

Different locations carry different environmental risks. The Burj Khalifa, which is in Dubai and is the tallest building in the world, has a foundation depth of 164 feet. Shanghai Tower, which is in China, is nearly a full 700 feet shorter than the Burj Khalifa, but its foundation is 282 feet deep, over 100 feet deeper. Why the difference? One reason could be that China is significantly more prone to environmental issues like earthquakes as opposed to Dubai. All sorts of environmental issues are important for this process, and even elements like wind speed are elements that designers will consider.